The table above illustrates median total pay outcomes (the sum of salary, cash incentives, and the grant date value of equity awards) among companies of various sizes over the last two years. CEO pay outcomes are up +7-10% among all company cuts, with the largest pay increases occurring at the largest companies.

CFO total pay movements are more modest at +2-6%. Here the largest increases appear to be occurring at mid-sized companies, and median pay actually decreased slightly among the smallest company cut. 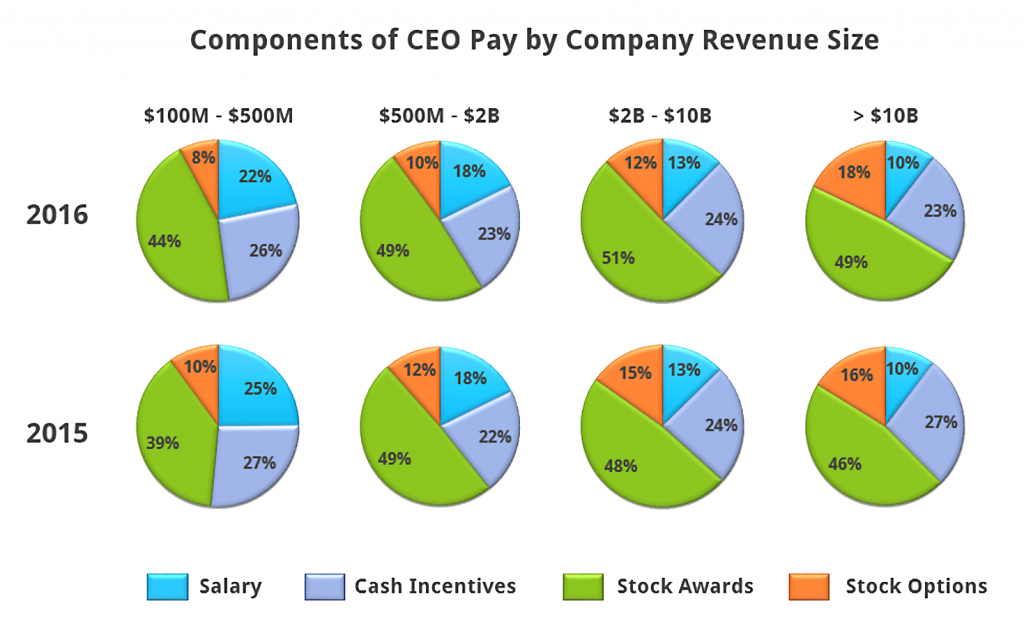 Across company size cuts, changes in CEO pay mix are consistent with longer-term trends. Full-value share awards (including both time-based and performance-based stock awards) continue to constitute a larger fraction of total pay, with these fractional gains generally coming at the expense of cash incentives and stock options.

These analyses have been conducted using pay and performance information drawn from the CompArchive databases. We’ll be back with a more thorough review of executive pay trends after more proxy statements and annual reports have been filed.